Then, about years ago, they abruptly went extinct.

Did we alone drive the giant birds over the brink, or were they already on their way out thanks to disease and volcanic eruptions? The study adds to an ongoing debate about whether past peoples lived and hunted animals in a sustainable manner or were largely to blame for the extermination of numerous species.


Scientists have long argued about what caused the extinction of many species of megafauna—giant animals including mammoths, mastodons, and moas—beginning between and 13, years ago, when humans began to spread around the world. Often, the animals disappeared shortly after humans arrived in their habitats, leading some researchers to suggest that we exterminated them by overhunting.

The moas present a particularly interesting case, researchers say, because they were the last of the giant species to vanish, and they did so recently, when a changing climate was no longer a factor. Whatever the combination of factors, it is clear that the cause of moa extinction was the colonization of New Zealand by humans.

There have been quite a few reports of moa sightings over the years, especially in the earlier years of European colonization. Some scholars believe these indicate a post-colonial date of extinction. The greatest period of sightings was from to , after moas had received significant scientific and popular attention; not one of the sightings occurred prior to the original publication of information about moas.

These factors make it unlikely that any of the sightings were authentic. There is no reasonable evidence to suggest that moas survived into the s. What is your reaction to the information about moa sightings? Does it make you skeptical of sightings of other possibly extinct species? This is the latest accepted revision , reviewed on 14 December This article is about the extinct New Zealand birds known as moa.

Restoration of an Upland moa.

Birds portal New Zealand portal. I include "reality tv" and historical documentaries among the stories I see.

One key element to storytelling I've discovered is "balance. Another guilty admission. 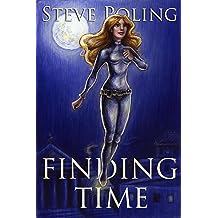 Some are hyperventilating about the clear and present danger presented to the republic by the democrats. Or by threat to democracy by the republicans. For the purposes of this note, they're interchangeable. Here's another domain where "balance" makes the difference between success and failure. We see balance in Ferris Beuller's Day Off when Ben Stein is giving one of the economics lectures from his days as a professor. The lecture is pure info dump. It's dry. It's boring. Ben Stein works it perfectly in his deadpan voice.

We all instantly remember being in a class we disliked and think, "Mr. Herrin was never this boring. It is completely out of balance with too much "info. I'm suggesting that anyone who writes must balance competing forces and hold them in tension. Lose balance, and you become a dull lecturer, or you become a wild-eyed fanatic--like the guy at the gun show who claims Obama is a Keynesian.

You have to balance the info with some aspect of humanity.

In the former, there's a lot of eye-rolling drama and precious little information about gold mining. I am interested in that show to learn how to find gold-bearing ore, how to separate it, and so on. But I have to put up with drama about these guys who couldn't find their shadow on a sunny day as they flail about. This is OK.

Everybody's human and a few mistakes are to be expected. But if I want that much drama, I should be watching Cheaters instead. Even Cheaters has some useful information about how surveillance ops work. The ratio of info to drama has a different balance point on Gold Rush than it does on Cheaters. Similarly, Psych is a detective show about a character Shawn who solves crimes and clowns around while everyone on the set rolls their eyes. Here the balance to monitor is between crime-solving and clowning around. If he clowns around too much, the show becomes as intolerable as Ben Stein's economics lecture.

When writing something, you have to gauge where the balance point is. Writing a story about the Holocaust? There's no space for clowning around, even if you're Jerry Lewis. You can use a little dark humor to evoke a wan smile, but not laughter. The vital difference is balance. Approach your story asking what aspects are held in tension. Then ask what sort of story your readers are expecting.


In a large enough marketplace there are a few sick individuals who laugh at the Holocaust, but the majority are revolted. Some aspects of your story will be radioactive and you'll want to avoid them at all costs. More likely, your story will reach a broad spectrum of tastes ranging from boffins who want to hear more of Ben Stein's lecture to goofs who aren't interested in anything but the next train wreck.

We have to know our audience and what balance point will best resonate with them. One thing I've learned about writing is that the drama is in the verbs.

Consider two sentences: He ran quickly down the hill. He dashed down the hill. Clearly, dashing and running quickly are equivalent expressions in that they convey the subject doing the same thing in the same way. But don't you agree that the latter is more dramatic than the former? I tell anyone who'll listen that "adverbs are not your friends" and this is one reason for that.

When I encounter a lame verb-adverb combo, I ask if my treasure store of vocabulary contains a fitting verb that can replace it. I don't recommend the writer ever rely upon the Thesaurus, except as a reminder for words you already know.

This is particularly important when writing the action scene. Every word counts in an action scene. Here's something I'm working on now: Makeda sprang forward as Nell leapt to her feet. She wheeled on the Nubian, drew her stunner and cut him down. He convulsed and fell in a heap with his sword clattering on the floor.